College of Letters and Science | University of California, Berkeley

is the critical and interdisciplinary study of race, ethnicity, and indigeneity with a focus on the experiences and perspectives of people of color within and beyond the United States. Since the emergence of ethnic studies as an academic field in the late 1960s, scholars have analyzed the ways in which race and racism have been, and continue to be, powerful social, cultural, and political forces and their connections to other axes of stratification, including gender, class, sexuality, and legal status.  The Department of Ethnic Studies at UC Berkeley was one of the first in the nation and has produced some of the most dynamic and influential scholarship in the field.  Our 18 ladder-rank faculty members utilize a range of humanities and social science methodologies to analyze the production and effects of race and indigeneity. Some of our faculty focus on one racial group and geographic area while others work comparatively and transnationally.  Collectively our research and teaching provide a comparative framework for understanding particular racialized and indigenous groups as well as the relationships among them.  The Department offers undergraduate majors and minors in Asian American and Asian Diaspora Studies, Chicana/o and Latina/o Studies, Native American Studies, and Comparative Ethnic Studies, as well as a Ph.D. in Ethnic Studies. 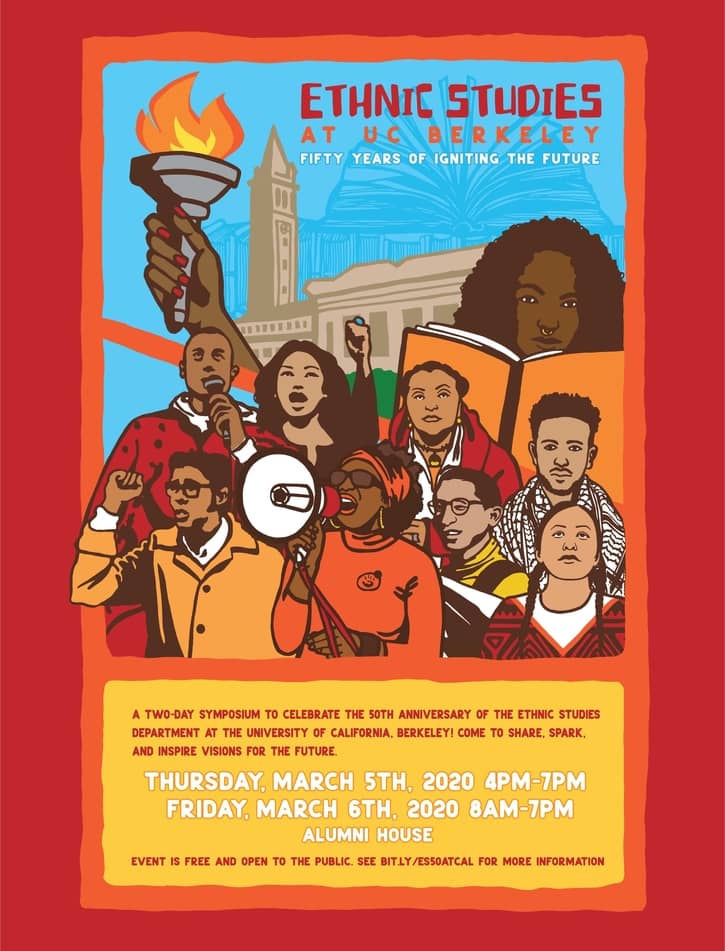 Ethnic Studies At Berkeley: Fifty Years of Igniting The Future

Date: March 5th – 6th  Location: Alumni House  A two-day symposium to share, spark, and inspire visions for the future. For 50 years, Ethnic Studies at Berkeley has need at the forefront of...